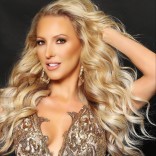 Sex And The City Trailer

Glamour | Drama | Heartbreak | Martinis | Sexcapades | Fashion | And just like that…

The new Sex And The City season is only ten 30 minute episodes following Carrie, Charlotte and Miranda’s lives in New York in their 50’s. From what I understand, they’ve written Samantha Jones out of the reboot as part of the natural evolution of our lives. The last time the series ran they were in their 30’s (from 1998-2004) and friends naturally come and go throughout our lives. Especially city lives which tend to be more transient.

That show was as white as it gets. They didn’t ever have a person of colour as a series regular.

Chelsea Fairless, fashion editor, designer and co-founder of Every Outfit on Sex and the City

Sex And The City Cast and Plot Predictions

The Sex And The City teaser trailer couldn’t be more ambiguous. It totally nailed the ‘teaser’ part of trailer. The only thing 2 things that are certain is that it’s set in New York City and and Samantha Jones (Kim Catrall) won’t be in it. The original news was that Mr. Big (Chris Noth) wouldn’t be in it! Thankfully, that’s changed and he’s back. As I was wondering how can Mr Big not be in Sex And The City? Did he go to Napa, take a job abroad, are they separated, divorced? I was hoping not, especially after the decade it took for them to finally get together! Thankfully, it looks like that’s not the case and we can all get our Big fix.

“I couldn’t help but wonder… where are they now?”

We’re about to find out…

They haven’t started filming the new series of Sex And The City yet which means that I haven’t had chance to have a sneak peak at the wardrobe yet. One thing we can count on is it’s going to include some fashion risks, glitzy dresses and stylish outfits.

When will Sex And The City return to our screens?

Sex And The City filming in New York City won’t even begin until later this year (2021) so fingers crossed it will make it onto our screens this fall/winter 2021 or perhaps early 2022 at the latest. As soon as I have the Sex and The City release date I’ll update you here.

How to watch the new Sex And The City Reboot

The new Sex and the City series in available exclusively on HBO Max ($14.99 per month, or $69.99 a month for 6 months). Other shows set for revivals on HBO Max are Gossip Girl and True Blood. Time to get a subscription if you don’t have one.

Who’s in the new Sex And The City cast?

The new season of Sex And the City executive producers are Parker, Davis, Nixon, and Michael Patrick King. When it comes to the cast, 3 of the 4 female Sex And The City lead originals are back.

My biggest relief so far is learning that Mr. Big AKA Chris Noth will be back for the new season of Sex And The City after original rumors he wouldn’t be!

Get the latest Sex And The City reboot updates

To stay on top of the latest SATC updates, you can either subscribe or follow me on Liketoknow.it. If you see me prancing around in a tulle skirt and bodysuit don’t mind me, I’m just getting in the spirit.

I had to add a Cosmopolitan recipe to this SATC blog post so that we can make them to watch the Sex And The City season premiere. This martini recipe uses Triple Sec but I personally prefer Cointreau or Grand Marnier if you want to give that a go. Cheers!

Share your ‘And just like that…’ fashion, quotes and gossip posts with me on instagram. If you want to stay up to date on all of the latest news, make sure you’re following this blog, the #SATCnextchapter #AndJustLikeThat hashtags and @justlikethatmax @hbomax on Instagram. Expect to see a lot of SATC inspired outfits on my feed, my credit card is about to get a workout!

If you’re a fan of reality shows, Nikki Glaser and the cast of F Boy had some super sexy styles to dupe. They’re seriously sexy looks to turn up the heat this Winter, perfect for date night. 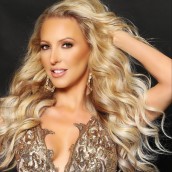 37 Best White Boots to Freshen Up Your Winter Style 2021